Be Careful Teachers on what you say this just happened to a student, please read and be vigilant

by PrinceNews
in PUBLIC SAFETY
0 0
0

How he murdered his Student. 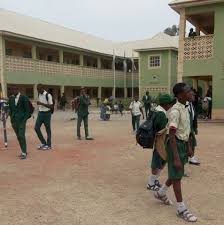 ” I was in class that fateful Friday afternoon teaching my students when she raised her hand to ask a question. I permitted her and she asked a rather too simple question that I supposed she should know the answer. I had already covered that topic the previous week. ” Will you sit down there! With your Ugly face! Olodo!” was the only answer I gave her. The whole class bursted into laughter and she looked embarrassed. I went on with my lesson but felt somewhat guilty over what I had said. I finished my class and left.

On Sunday, I went to Church. The preacher was talking about the tongue and its power. He spoke about how you could bring others down by what you say. I remembered what happened on Friday and became guilty. I swore I was going to apologize to her on Monday when I got to the class. On Monday afternoon, I went to the class but I didn’t see her. I asked after her from her coursemates but they didn’t seem to know who I was talking about.

I then said I was looking for the person I insulted on Friday. “Oh, that’s Joy sir! She is not in class today” they answered. Who is her friend? I asked. “Aisha” they chorused. But Aisha was not in the class either. Suddenly, a girl with Hijab walked in. “That’s Aisha sir” my students informed me. Where is your friend? I asked her. “Which one?” She replied without looking at my face. Joy! Isaid. The reply shocked me! She is in the mortuary sir. Mortuary????? Doing what there?? I asked “She died on Friday sir” Aisha replied.

How come?????? I later found out that after my class on Friday, Joy was hit by a fast moving vehicle. She was crossing the road absentmindedly probably because of what I said.” Her burial is on Saturday and you are invited sir” Aisha continued. As I stood trying to overcome the shock, Aisha said admist tears ” you killed my friend sir”. She was right! I should be the murderer! Some girls in the class where already crying! I didn’t know what to say. Whether to apologize to Joy’s friend or Joy’s ghost. I submitted my resignation letter the next day. Dear Lecturers and teachers, please stop insulting your student.

They are in school to learn from you. If they already know, they won’t be in school! Please mind what you say to other people. Are your words bringing life or death to the hearers?

Please share so others can be aware of what can happen

8 Things Men Look For in a Woman

Femi Fani-Kayode: The Spy Who Fooled Us By Dr Bolaji O. Akinyemi

Edo polls: Why Ize-Iyamu remains our choice, by APC chieftain

ABBA KYARI: Why many politicians, others opposed him — Rotimi Fashakin