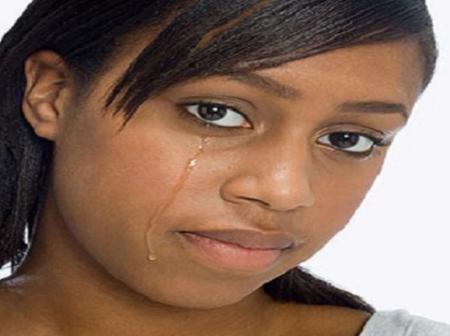 “Benita. When I close my eyes, you’re all I see, not darkness. That’s why I call you the light of my life, the light that banished the shadows of my soul. I want you. I really do.”

Kenneth’s voice was deep yet so keen, stealing into her chest for the treasure behind her chest. Speechless, she tilted her head, shuffling her feet on the grass.

The wind increased its sweep, the tree dancing, its foliage pressing upon the teenagers, low enough, as if to hearken their words.

“Please, say something.” Kenneth was losing his patience.

“I’ve told you times without number that I don’t feel the same!” She blurted with a blank face, “We can still remain best of friends!”

He regarded her with I-don’t-expect-nothing-less kind of look. It’s been six months since he started confessing his love to her. There is no gambling worse than wooing a woman, said his late grandfather. You’re not likely to win at the first, second or third attempt. But never relent. Alas, you might never win at all and lose to gamblers with good fortune. Kenneth could attest to that now, how much of a loser he’d become.

“What else do you have to say?” She snapped, picked up her pail, and left for the stream. He stared behind her. She looked like a model, her wide hips swinging.

Now Read the Story from the girl’s point of View

I was at the stream, feeling sorry for my rudeness towards Kenneth, my secret lover. My friends were just approaching with their buckets, five of them. I’d told them about Kenneth, but none of them had met him. He was now in company of three boys near the stream, under the mango tree.

“That’s him,” I whispered to my friends, “The tallest among them, the one with fair skin.”

“You mean that cute one with…” one was gesticulating to emphasize on Kenneth’s bulky frame.

“Oh my God!” Somebody exclaimed.

“No tell me sey you never gree o,”

“But your shakara too much sha.”

“Well, it doesn’t matter,” I smiled dreamily, “I’ve bought the love card I’m going to present to him, as surprise. I will meet him at church tomorrow.”

See what she has to tell her children

“On the following day, Kenneth didn’t come to church, so I…..”

“Grandma, but you eventually presented the card to him right?” I’m interrupted by the most inquisitive of my four granddaughters, all seated on the sofa before me.

“What year was that?” That’s the youngest of them, a girl of eighteen.

“That was 1956, my daughter. As I was saying, I headed for his house, the love card in my Bible. On getting there, I met a crowd of people, his mother weeping at the verandah, his father stamping his feet. They said Kenneth died overnight, from severe stomach ache. I broke down in tears, clutching to the card. I hated myself, cursed myself. I placed the card on his grave, kneeling there, crying, willing Kenneth to hear my love confession, but too late.”

“What a super story…”

“Thank you, my children. I’m not asking you to make yourself too available to men. Women are supposed to be treasure, something expensive. But if you love somebody, don’t take too long to show it, because you never know when you might lose them.”

You shouldn’t take someone you love for granted

Lesson: let’s show love to people while they are still alive. Be it your mother your, father or other loved ones. Death does not write a letter of when he will visit us.

Short story: Beauty is not enough in a woman

Why Your stubborn Child is Prone to be more successful