Big Brother Naija’s #PepperDem reunion finally cut to the chase on its third day when the anticipated drama kicked off with a face-off between Tacha and Kim Oprah.

A few minutes of heated argument ensued between the former housemates after Kim Oprah accused Tacha of being arrogant and boastful while citing her famous slogan about how other housemates accompanied her to the Big Brother house.

Tacha’s response was quite the buzzer. She dragged Kim on grounds of non-clinically diagnosed insecurity related issues especially as she got the eviction card.

Apparently, that hurt like a scratch on the face. So, Kim tossed in the reminder that she got disqualified- a clear no victor, no vanquished situation. 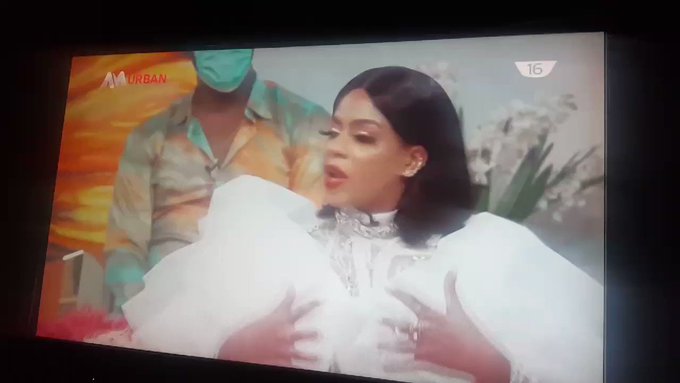 It would have been had Tacha not pointed out how her alpha female personality was mistaken for arrogance by the other housemates.

I just made the video unto likeness, I never knew it will go viral’ – Man apologizes for sucking on his baby sister’s lips (Video)

Edo 2020: Obaseki will win any mode of primary – Shaibu

My father reset my brain with beating, when I wanted to drop out of school in jss 2

Photos: Bricklayer Proposes To Girlfriend, And She Said Yes